Explore home exquisite handlooms of cotton handcrafted by the village women. The practices of weaving and bamboo works are some popular handicraft profession adopted by our communities in the Balipara county.
Weaving is one of the oldest industries in the state and Assam is well known for its rich textures and designs leading Gandhiji to compliment Assamese weavers as artists who could weave dreams in their looms. So important is this ancient craft it is customary for all young Assamese girls to learn to weave in order to make a marriage match. The industry has been kept alive by the many tribes residing in Assam, which boasts the largest number of weavers and handlooms in the whole of India. 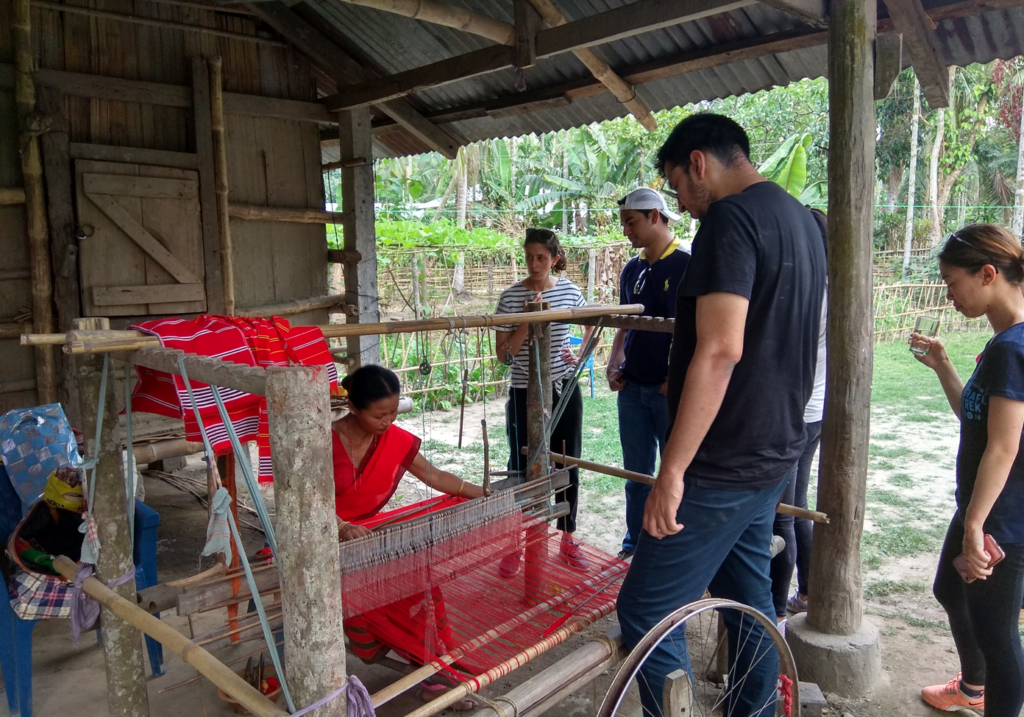 Traditionally every handloom fabric created was unique because the colours and designs varied from weaver to weaver who poured her own personality into the creation using images of birds, animals, creepers, flowers and people in the pattern as well as embroidering motifs on the finished article. Each ethnic group has its own distinctive design and style. Today, however, designers do incorporate patterns and designs based on market demand and the Regional Design Centre at Guwahati supplies new designs and colour patterns to the indigenous handloom societies in the state. The raw materials mainly used are cotton, the world famous muga or golden silk,pat the white or “mulberry” silk and the warm eri or endi. 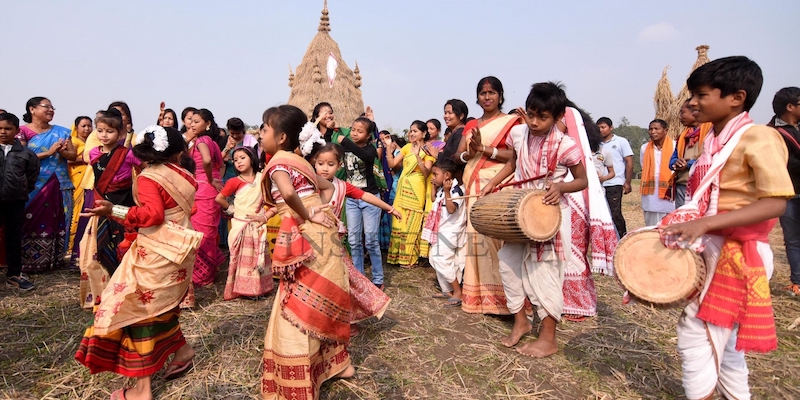 The night before Magh Bihu is called Uruka, it is the night of feasts. Villagers make bamboo huts called “Bhelaghor”, or community kitchen and begin the preparations. Various dishes, vegetables, meat items and sweets such as Pitha, Laru are made out of sesame, molasses and coconut are prepared. The next morning, the community gathers to light the Meji, a large bon fire and pray for a better harvest in the year ahead. Offerings are made to the sacred fire and people later indulge in traditional Jolpan breakfast. Indigenous games such as Dhop Khel, Pot breaking, Egg fights and Buffalo fighting can be also a part of the celebrations. Community fishing by the tribes in the large wetlands can be also seen.

Like all other Bihu, Magh Bihu also has the ritual of showing respect to the elders with Gamosa.

The festival also marks Makr Sankranti, or the transit of the sun towards the Tropic of Cancer. Many other communities across India also celebrate the same occasion as it marks the end of winter and the beginning of longer days.

Come be a part of the most colourful spring festival of the Mishing community, “Ali-Ai-Ligang” held every year on the first Wednesday of the month of Ginmur Polo (February-March) in the Mishing calendar. It is held to appease mother earth and the forefathers of the Mishing and to mark the new sowing season. Ali means root or seed and ai means fruit and ligang means sow and the heads of families ceremonially sow paddy in a corner of their respective rice fields in the morning hours and pray for a good crop during the year as well as for general abundance and well-being on this day.

The festival continues for five days and on the fourth day there are taboos regarding cutting trees, fishing, ploughing and burning jungle that must be strictly observed and the Mishing take complete rest that day. Dancing and singing are a big feature of this festival when the young boys and girls don traditional costumes. They dance Gumrag Pakes Cha Nam, characterised by brisk stepping, flinging and flapping of hands and swaying of hips to indicate youthful passion, reproductive urge and general gaiety which is accompanied by drums, pipes, flutes, cymbals and gongs. The gong is only ever played at Ali-Ai-Ligang and the drums have a special beat for the Gumrag dance. 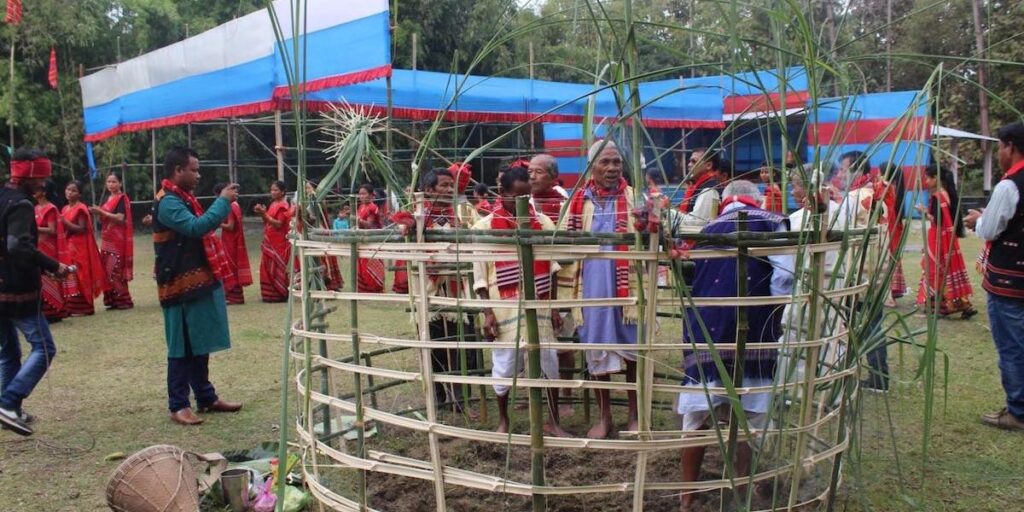 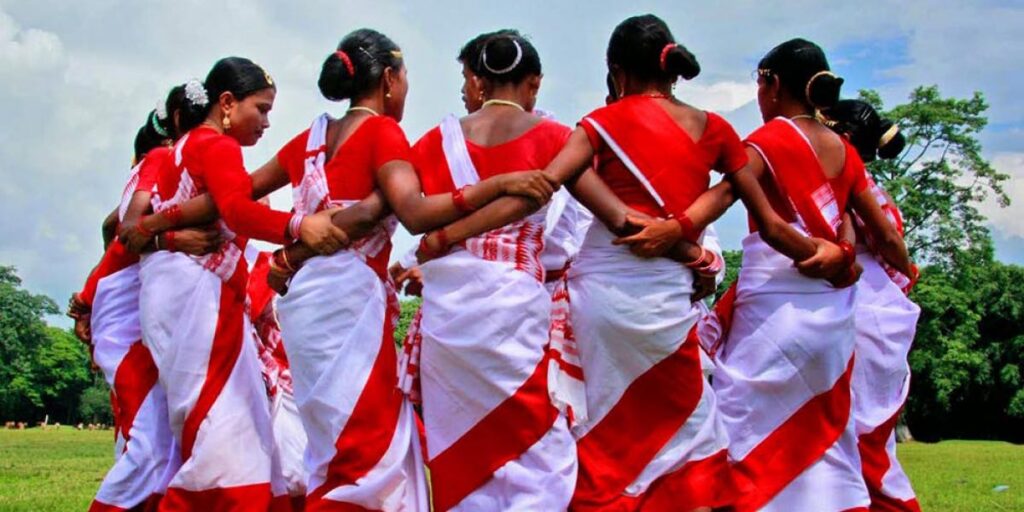 For reservation and more details